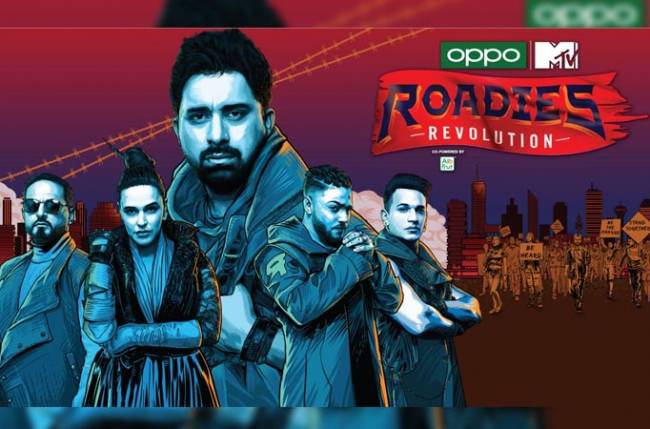 MTV Roadies Revolution presented by Droom is all set to air on MTV, it is the most popular show on MTV India. This edition will be the eighteenth season of Roadies to be aired and will be titled as MTV Roadies Revolution. Roadies is a youth reality show exclusively catering to the younger generation of the country.


The promo video begins with the background voice of the host Rannvijay Singha who speaks about the social issues we face as a society. He says the main problem is that there are people in society who are doing nothing about it. He adds that if we want to change society then we need to bring about a revolution by coming together. He ends with the statement. “Let’s begin the revolution.”

The promo video also shows shots of all the five mentors along with the voice of Rannvijay Singha. We see Prince Narula, Neha Dhupia, Sandeep Singh and Nikhil Chinappa. They all walk through a crowd and reach the stage to address the public.

In the video Prince says that until now they have all played to win but this time they will play to bring about a much needed change in society. The promo video also shows the audience standing in lines to audition, eagerly awaiting their turn.

In the previous seasons we have seen the judges and the gang leader were Roadies royalty Rannvijay Singha, Actress Neha Dhupia, Nikhil Chinapa, Ex-Roadies winner Prince Narula, Rapper Raftaar and Sandeep Singh. This time MTV Roadies Revolution will be all the more fun and thrilling.

MTV Roadies Contestant list has not yet been confirmed by the makers. The gang leaders and the makers of the show will host the auditions in major cities across the country. The selection process is that the contestants will come for the auditions. The gang leader will have the option of a buzzer. The selection is based on how man buzzers they get.

MTV Roadies has won the hearts of the audience. This year’s theme and concept has created alot of twists and has kept the viewers glued to the channel.

MTV never ceases to amaze the audience and is the most popular youth channel. The shows that cater to the youth on this channel include Splitsvilla, Roadies, India’s Next Supermodel, Love School etc. Each show has a very unique concept.