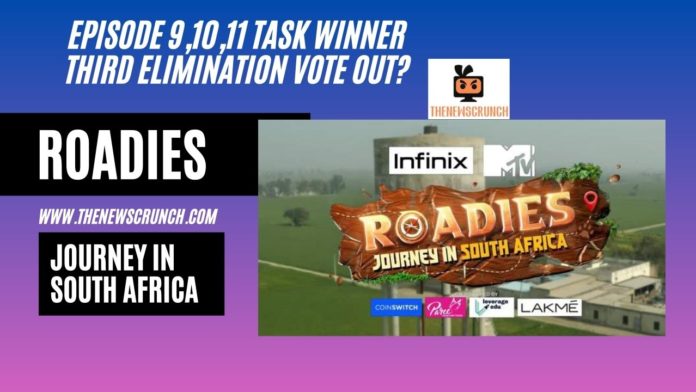 The last week’s immunity task was a scintillating fight for survival. However, Baseer and Jaswanth won the immunity in a decisive vote out weekend. The basketball immunity task showed the might of the duo when it came to competitive sport. The duo also won the bungee jumping task.

The eleventh episode will feature a dance task in the serene seas of South Africa. In a decisive fight against elimination, the task winners of the surfing task are:

The elimination face off in Roadies: Journey in South Africa takes place between two promising pairs. The immunity task this week was again bagged by Kevin and company. The other team struggles to make an impact.

Moose Jattana and Gaurav are the third elimination of Roadies Journey in South Africa.

The Roadies Journey in South Africa will not feature any new wild card entries apart from the evicted contestants. However, the good news is Sapna and Angad might return as wild card entries.