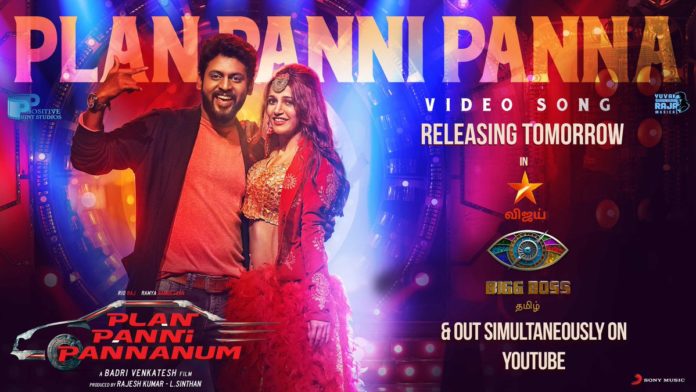 Rio Raj is known to be one of the contestants in the Bigg Boss Season 4 show. He has already acted in Sivakarthikeyan’s production ‘Nenjamundu Nermayundu Odu Raja’ and is currently acting in ‘Plan Panni Pannanum.’ The film stars Ramya Nambeesan opposite Rio Raj and will be releasing soon.

In this situation, a video song of the movie ‘Plan Panni Pannanum’ has been released today. It has been announced that the song will be released on today’s Bigg Boss episode, which will be a pleasant surprise not only for Rio but also for fellow contestants.

It is also worth noting that the song will be aired on the Bigg Boss show as well as on YouTube. Arun Raja Kamaraj sings this song with music by Yuvan Shankar Raja. Will this song attract fans and become a sensational hit like other Yuvan Shankar Raja songs? We will have to wait and watch.