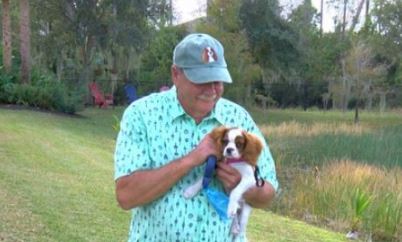 Richard Wilbanks is the southwest Florida man who jumped into action to save his young puppy after the animal was snatched by an alligator outside their home. Wilbanks grabbed the alligator with both hands and pried its jaws open in order to rescue his spaniel named Gunner. Neither human nor animal was seriously hurt. Wildlife workers discovered the attack when they checked the camera’s memory card last week.