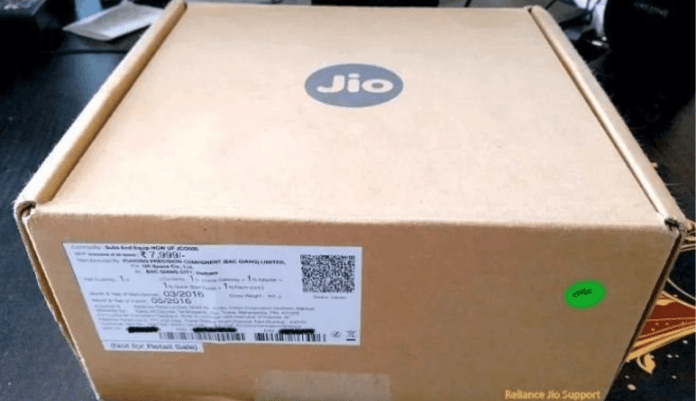 During the Annual General Meeting (AGM) of Reliance Industries Limited last month, Mukesh Ambani announced Jio fiber (Jio GigaFiber, old name) and gave a lot of information about it. During this, Mukesh Ambani also said that its commercial launching will be started from September 5.

The special thing is that Jio started its telecom service in India on 5 September 2016. In this regard, today is its third anniversary and making this occasion special, JioFiber’s commercial will be launched by Jio on Thursday i.e. September 5, 2019.

It is expected that a free set-top box, zero installation charge and a complimentary plan for 1-2 months can be given as a launch offer with Jiofiber.

As far as plans are concerned, all information about broadband plans will be given by Jio today. Chairman of RIL Mukesh Ambani has already told that the monthly plans of Geofiber will range from Rs 700 to Rs 10,000. In these plans, customers will also be given speeds ranging from 100 Mbps to 1Gbps.

JioFiber will come with a triple play plan with the help of fiber cable technology. Where landline, TV and broadband services will be bundled.

Customers who take Jiofiber broadband connection will get free landline connection with unlimited voice calling. In addition, lots of data will also be given.

According to the report of the news agency PTI, free set-top box with every broadband connection will be given by the operator to attract direct-to-home and cable TV users.

Apart from this, customers who take Jio ‘Forever Plan’ will also get HD or 4K LED TV free with 4K set-top box. Initially, installation charges are also being free by Jio. JioFiber subscribers will have to pay a refundable security deposit of Rs 2,500 for the router and ONT device.

Here is a screenshot Jiofiber speedtest: 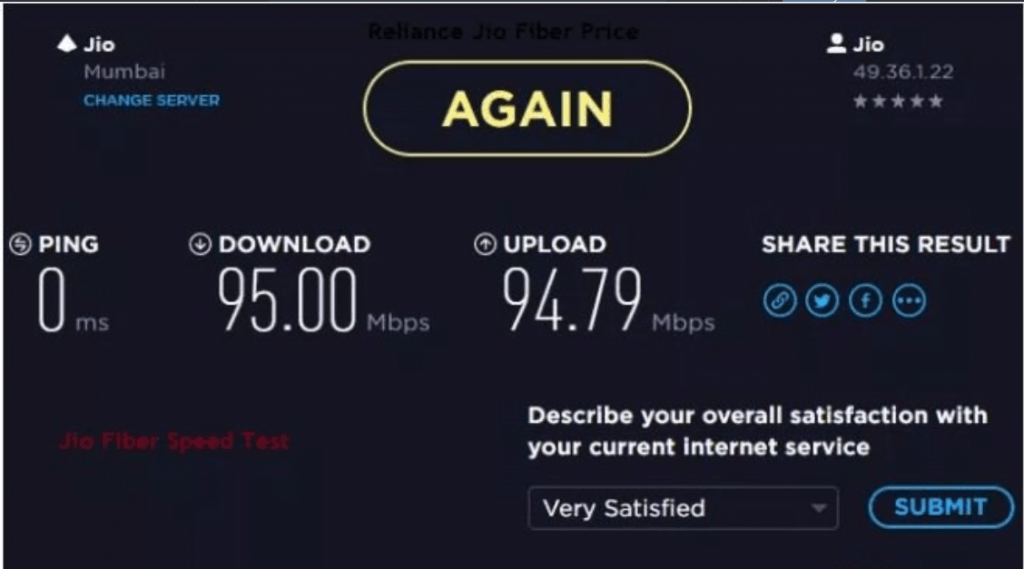