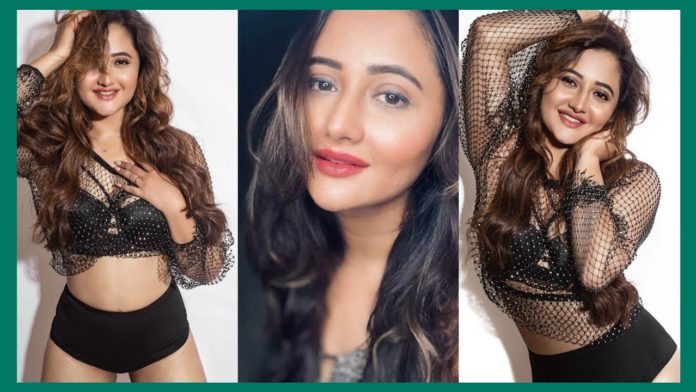 Rashami Desai is wearing a black color transparent top with shorts of black color. With this, Rashami’s curly hair looks gorgeous, and the smile of the actress is putting the photo on the moon. Rashami keeps sharing photos while giving many poses. Rashmi shared the first picture and wrote, ‘I am trying to brighten your feed for a few seconds.’

In the second photo, Rashami is seen blushing, bowing her eyes. Rashami’s fans are not able to take their eyes off the third photo. Her fans have made many comments on her pictures. One user wrote – Beauty Queen. At the same time, the other user wrote – You shared the picture after a long time, but it is worth seeing. Along with Rashami’s fans, TV celebs have also liked her style.

Rashami Desai may not be seen in any TV serial these days, but she continues to entertain her fans through social media. Recently Rashami was seen in the reality show Bigg Boss 14. Rashami became a part of some episodes of the reality show.

Rashami Desai does not hold back from expressing her opinion on social media. Because of which she is often praised. Rashami’s style is very much liked by the fans, due to which every picture of her becomes viral as soon as it is posted on social media. Some time ago, pictures of Rashami in traditional dress went viral on social media.