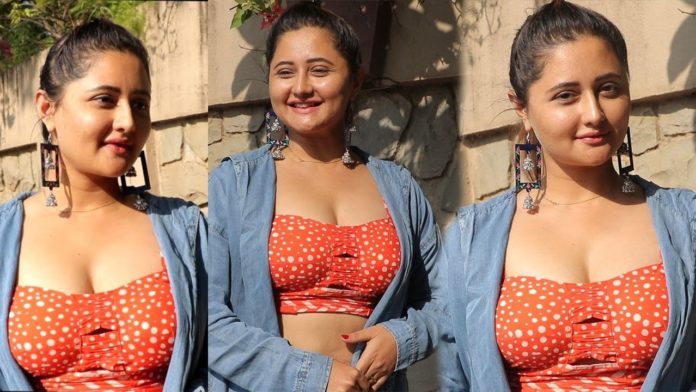 Naagin actress Rashami Desai always stays in the headlines due to her latest pictures. She is very active on social media and keeps sharing her bold and glamorous pictures. She has a strong fan following on social media, and people eagerly wait for her pictures. Now her latest bold photoshoot is fast becoming viral on the internet in which her style is really worth watching.

Rashami Desai looks very hot in this photoshoot. She is seen in a light purple color slit gown. She is seen flaunting the tattoo while posing. She has remained and worn matching earrings. Rashmi Desai has deep makeup in her eyes. Fans are liking his charming style. These pictures shared only a few hours ago have got 104,283 views so far, which is increasing.

Rashami Desai is known for her acting as well as her dance. Often, she shares her dance videos on social media. Recently, Rashami replied to a user who made a dirty comment about her age. Rashmi wrote, ‘Who are you? Do you have this idea for your mother, sister, girlfriends, or other women? This is what your parents or the environment around you have taught, or is it your own dirty mind.


Rashmi Desai is a well-known TV actress. She started his acting career with the film Yeh Lamhe Judai Ke (2004). The actress had entered the TV world with the serial ‘Utran,’ in which her acting was appreciated. After this, she was seen in the serial ‘Dil Se Dil Tak,’ in which her pair with Siddharth Shukla was well-liked. Rashmi Desai also won the hearts of fans in the reality show Bigg Boss. She also left no stone unturned in winning people’s hearts through her character Shlaka in Naagin 4.