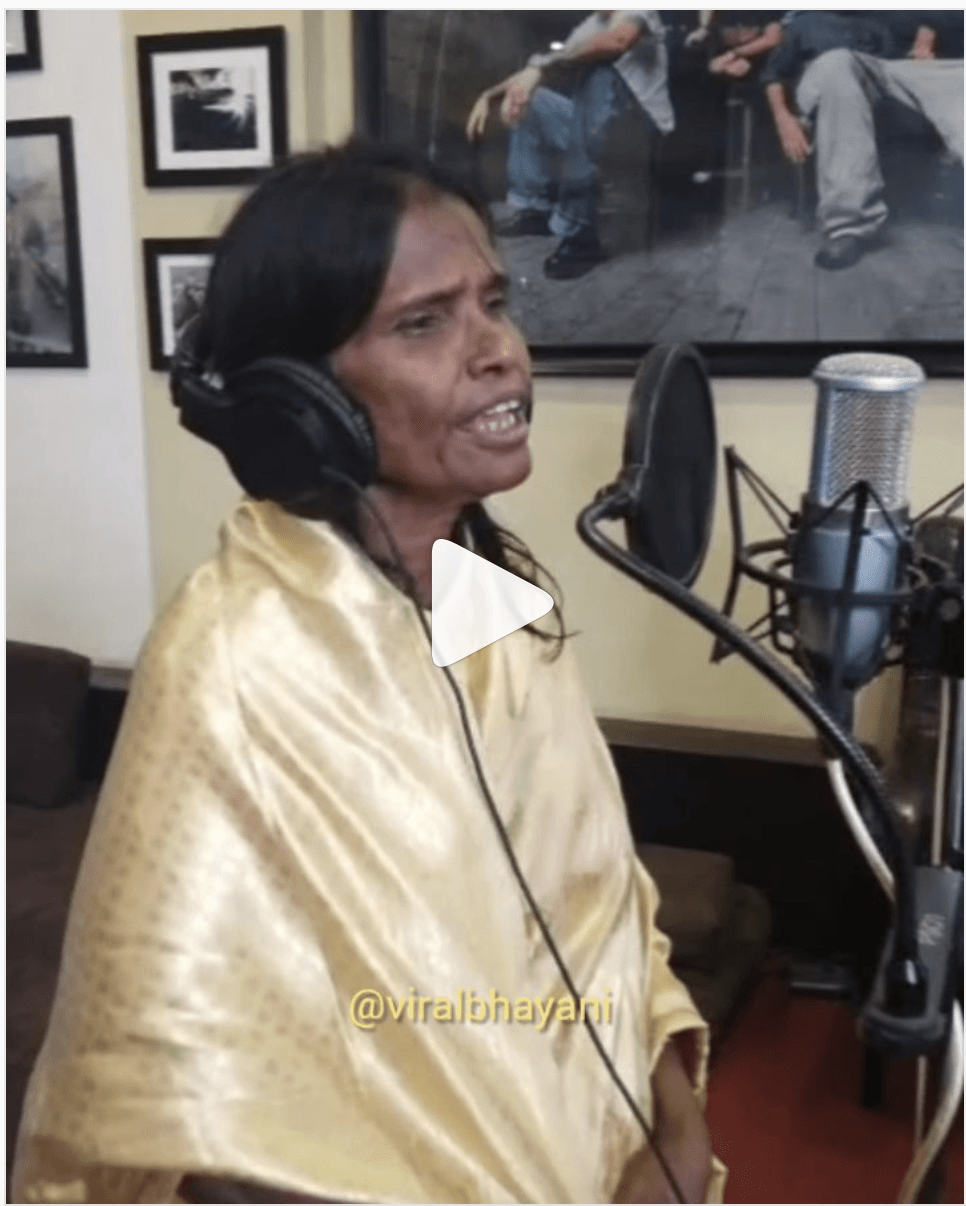 Ranu Mondal who sings at Ranaghat Station became an overnight sensation as her song went viral online. Her sweet and soothing voice was much appreciated by everyone. She has been roped by popular Bollywood Singer, Music director and Actor Himmesh Reshammiya for his next movie. Now a video of her singing “Teri Meri Kahani” for Himesh Reshammiya is going viral. We from TheNewsCrunch would like to thank the music director for appreciating and encouraging Ranu Mondal, giving her a chance to sing in his next movie.

In the coming days, Ranu will be seen on the reality show Superstar Singer. During Ranu’s appearance, the show’s judge Himesh Reshammiya was left mesmerised by her voice and offered her to sing in his upcoming movie Happy Hardy and Heer. Recently, Ranu recorded her first song titled, Teri Meri Kahani.

Talking about giving a break to Ranu, Himesh had said, “Salman Bhai’s father Salim uncle once advised me that whenever in life I come across a talented person, I should never let that person go and keep him/her close to me. He advised me to help that person grow his/her talent. When I met Ranu ji, I realised she is blessed with divinity. Her singing was mesmerising and I could not stop myself from offering her the best I could.”

“She has a God’s gift which needs to be shared with the world, by singing in my upcoming movie, Happy Hardy and Heer. I think I will help her voice reach everyone. She also learnt the tune on the sets live and she will record the track soon and the song is titled Teri Meri Kahaani. This song is very close to my heart and will be released in the next few days with its video,” he added.