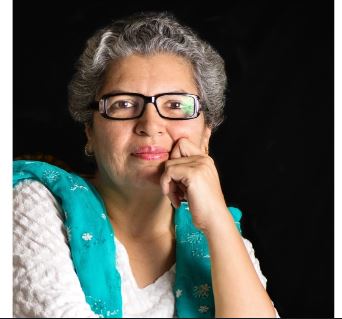 Rana Safvi is a historian with a deep love for verse and a passion for the culture and heritage of the Indian subcontinent. She combines her enthusiasm for both in her writing. She runs a popular blog, ‘Hazrat e Dilli’, which talks about Delhi’s culture, food, heritage and age-old traditions. She is founder and moderator of #Shair on Twitter, a forum that has revived popular interest in Urdu poetry in a major way.

She is the the author of Where Stones Speak: Historical Trails in Mehrauli, the First City of Delhi, The Forgotten Cities of Delhi, and Tales from the Quran and Hadith and translator of Syed Ahmad Khan s Asar us Sanadid and Zahir Dehlvi s Dastan-e-Ghadar and City of my Heart (4 accounts from 19th and 20th century). She is a columnist with The Hindu and Daily O.