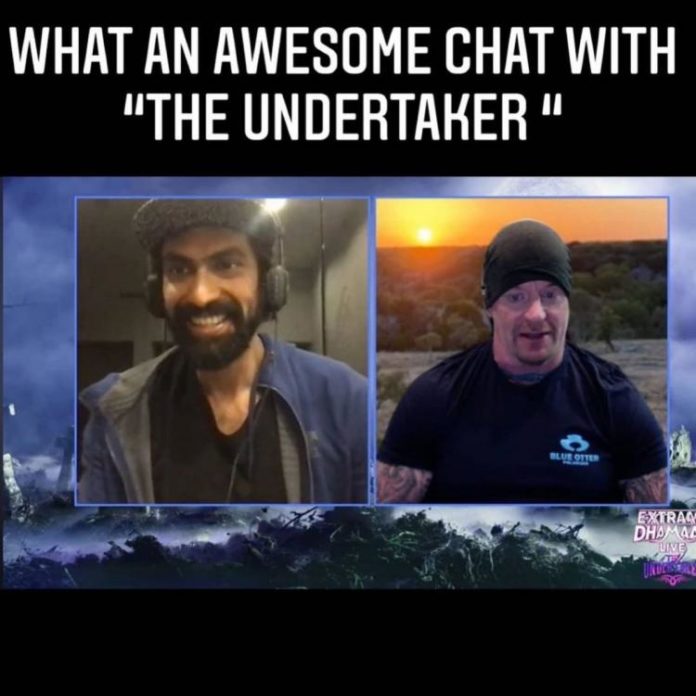 Rana Daggubati kept himself productive during the lockdown. On August 8, he married the love of his life Miheeka Bajaj in a dreamy wedding ceremony at Ramanaidu Studios in Hyderabad. He was busy with his animated talk show Why Are you? and its animation. Recently, he launched the show on YouTube.

Though Rana Daggubati has proved his acting talents in several films, it was his character Bhallaladeva from Baahubali series that got him international recognition. Recently, he posted a new photo of himself and WWE’s star player The Undertaker conversing in an interview.

Rana shared the screenshot and wrote, “What and awesome chat with “The Undertaker” ” Miheeka Bajaj is a proud wife as she shared Rana’s post with a heartfelt caption. She wrote, “My husband’s the coolest! (sic).”

Rana is a keeper of everything that screams 90s. From Amar Chithra Katha to WWE, Rana Daggubati has spoken about his obsession with iconic shows and how it has impacted his life in different ways.