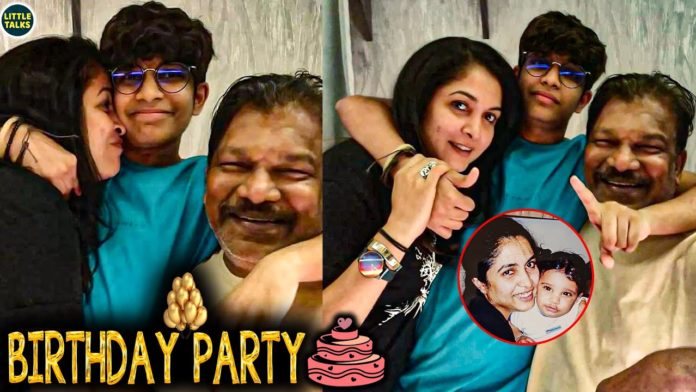 Ramya Krishnan, who played minor characters in a few films, including Rajinikanth starrer ‘Padikathavan’ and Kamal Haasan starrer ‘Per Sollum Pillai,’ played the lead role in the 1986 film ‘Mudhal Vasantham.’

Since then, she has acted in many films as a heroine, character actress and also danced for many songs in movies. In this situation, the Nilambari character she played in Rajinikanth’s 1999 film ‘Padayappa’ took her to the pinnacle of fame. It is noteworthy that after that, she got world fame with two films by SS Rajamouli’s ‘Baahubali’ and ‘Baahubali 2’, and still no one can forget the character of Sivagami Devi.

Ramya Krishnan was married to Telugu director Krishna Vamsi in 2003 and had a son, Ritwik Vamsi. Ramya Krishnan posted a photo of herself with her son and husband on Instagram, claiming that her son’s 16th birthday is being celebrated today.

Fans who saw this photo are shocked to see Ramya Krishnan having such a grownup son.They have been giving comments with surprise. This photo is currently going viral.