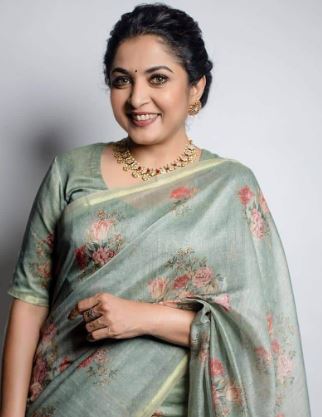 Ramya started her acting career at the age of 13 with the Tamil film ”Vellai Manasu” (1983). She tried her luck in Bollywood in the 90s and has worked with the likes of Amitabh Bachchan, Shah Rukh Khan, and Sanjay Dutt. She also acted in ”Shaktimaan” (1997-2005), one of the most popular TV shows of the yesteryear, as Shaliyaa.