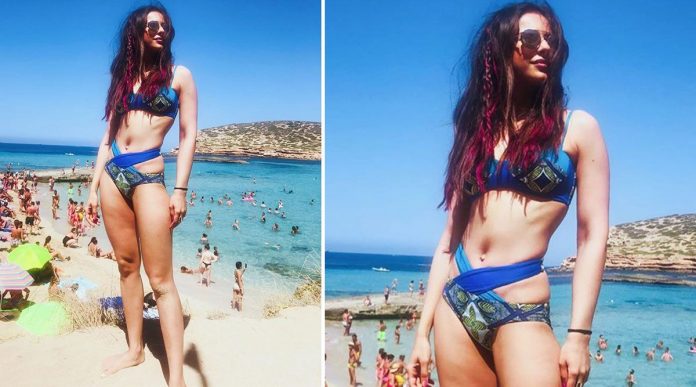 Actress Rakul Preet Singh, who made her mark in Hindi cinema with Ajay Devgn’s film De De Pyar De and Siddharth Malhotra’s Marjawan in 2019, impressed everyone with her acting. But now people are still dominated by their bold style. Rakul Preet has posted a picture on her Instagram account wearing a blue bikini. Seeing this, users are praising them fiercely. Rakul Preet’s bold style is being seen in this picture. Actually Rakul was on Ibiza trip a few months ago. At the same time, he shared many pictures on social media. In such a situation, Rakul has shared the old picture of his same trip. Have clicked from the beautiful sea shore. Rakul’s style in blue bikini in front of blue water and sky is very killer.


Posting this picture, Rakul has used hashtags like #ibizadiaries #beachbum #dreamer #gypsy. You also see this hot photo of the actress.

Just a free spirit with a wild heart and an open road ahead ? throwback #ibizadiaries #beachbum #dreamer #gypsy

Let me tell you that after earning a name in South films, now Rakul Preet is now making a name in Bollywood too. Rakul will next be seen in a romantic film with Arjun Kapoor. The name of this film is not decided yet but Arjun Kapoor has already grabbed everyone’s attention. In the collage picture that Arjun shared on Instagram, both are seen calling each other. In the caption of this, he wrote, “Picture starts..other information will be uploaded soon.” Kashvi Nair is directing this film while Bhushan Kumar, Nikhil Advani and John Abraham are producing it.