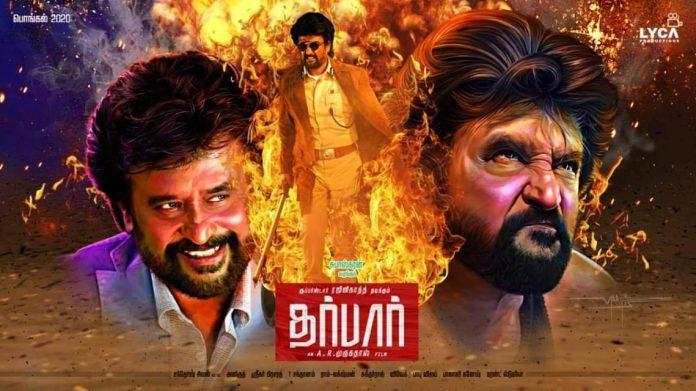 South’s superstar Rajinikanth is making headlines for his upcoming film Darbar. His motion poster from the film has been released. Today, his film’s first song ‘Chumma Kizhi’ was released at 5 pm. This song is sung by SP Balasubramaniam, one of the greatest singers of the country.

Lyca Production had informed about the release of Chumma Kizhi (first single from Darbar movie)on its Twitter. A short video clip of Anirudh Ravichander was also shared with the announcement, in which he talks about the song. But after Rajinikanth’s look from the song ‘Chumma Kizhi’, the fans got very excited and are eagerly waiting for his song. In the first poster of the song, you can see that Rajinikanth is hitting a strong entry wearing a blazer and smiling. There are many people on his right and left who are welcoming him with applause as he enters.

Rajinikanth will appear in the role of a police officer after 25 years in Tamil cinema. The film also stars Nayanthara, Prateik Babbar, Sunil Shetty, Nivetha Thomas, Yogi Baby and Jatin Sarna. The film will be released next year in four languages ​​including Hindi, Tamil, Telugu and Malayalam. The director of this film is AR Murugadoss. The Darbar film is being produced under the banner of Lyca Productions.

While fans of Rajinikanth are rejoicing the launch of the song, troll and meme elements were quick enough to find out that Chumma Kizhi song is copied. The song is copied from a Sabarimala Ayyappa bhajan. Videos of the song compared with the bhajan song are making the waves on whatsapp and other social media platforms.