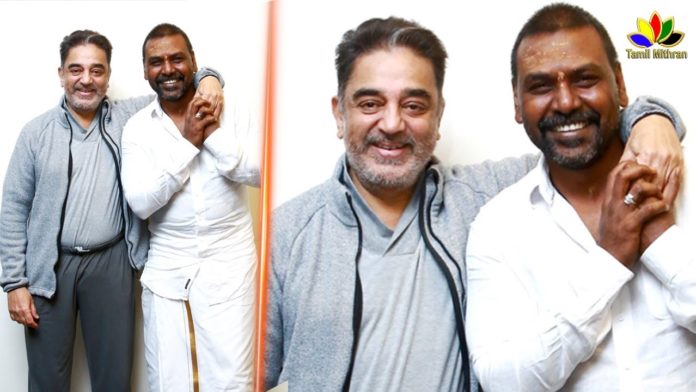 We see from time to time that famous actors are currently playing the villain. It is noteworthy that already heroes, including Makkal Selvan Vijay Sethupathi, Vinay, and Srikanth, are becoming villains. It has been reported that a mass actor will play a villain in Kamal Haasan’s upcoming film ‘Vikram.’

Following Thalapathy Vijay’s ‘Master,’ Lokesh Kanagaraj is all set to direct ‘Vikram’ starring Kamal Haasan, and preliminary work on the film is currently underway. It has been reported that Raghava Lawrence is currently in talks to play the villain in the film as filming is expected to start after the election.

Raghava Lawrence is not only a mass hero but also a director, choreographer, and producer. It is said that the anticipation of the film will increase if he plays the villain in ‘Vikram’. It is noteworthy that Raghava Lawrence had earlier spoken controversially about Kamal Haasan at Superstar Rajini’s ‘Darbar’ audio function and later met Kamal Haasan in person and explained it.