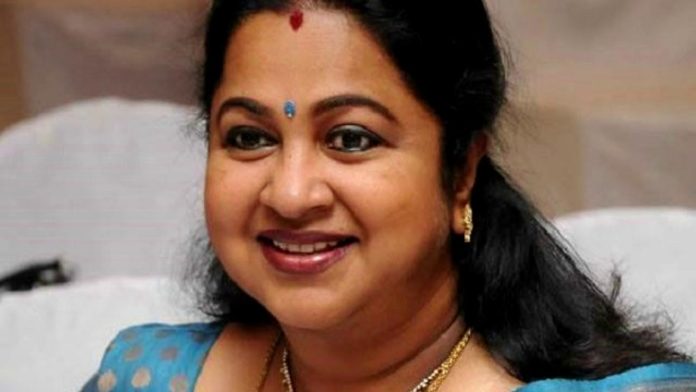 Recently, it was reported that actress Radhika, who withdrew from acting in Tv Serial ‘Chithi 2’, is going to be involved in politics full time. In this context, Radhika was elected Deputy General Secretary of the All India Samathuva Makkal Katchi General Committee at a recent meeting in Thoothukudi.

In this situation, the announcement of the constituency in which she is contesting has been released. It has been officially announced that Radhika Sarathkumar will contest from Chennai Velachery constituency in the coming assembly elections. Following this, the All India Samathuva Makkal Katchi‘s Party volunteers are expected to make serious efforts to ensure her victory in the constituency.

It is noteworthy that Sarathkumar’s party has an alliance with Kamal Haasan’s Makkal Needhi Maiyam party and talks on a coalition block agreement will take place soon.