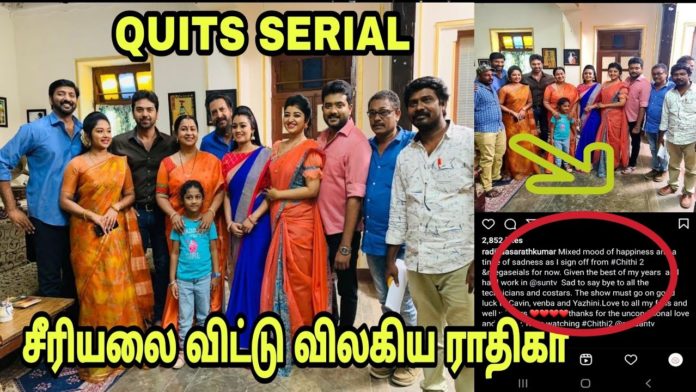 The serial ‘Chithi’ produced, and starring actress Radhika was very popular in 1999. This was followed by the sequel ‘Chithi 2’ serial airing on Sun TV since January last year.

On her Twitter, Radhika said that ‘I was in a mood of mixed happiness and sadness when I decided to leave the mega serial ‘Chithi 2’. It is noteworthy that this is the serial that gives me the best and most challenging work of all these years. I’m sorry to say goodbye to all the technical artists and fellow cast members who have worked with me. Congratulations to the stars who play the main characters of this serial, Cavin, Venba, and Yazhini. ‘

Mixed mood of happiness and a tinge of sadness as I sign off from #Chithi 2 &megaseials for now. Given the best of my…