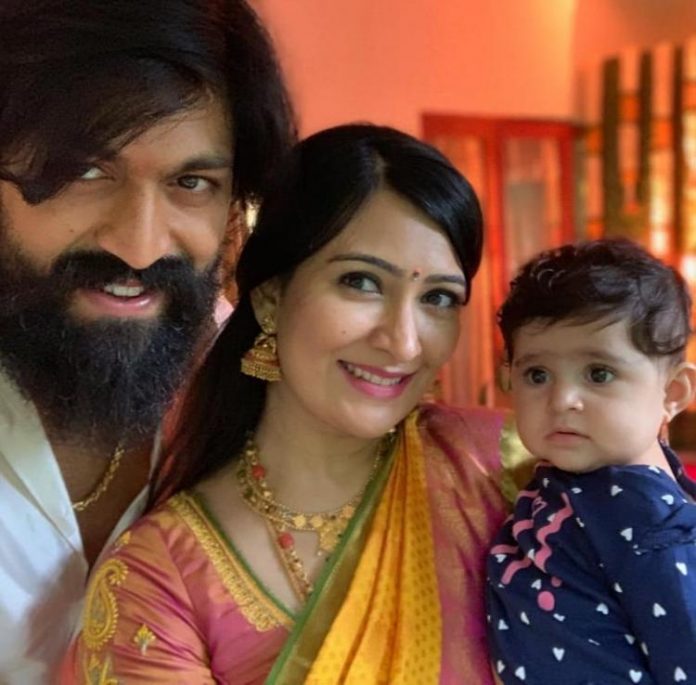 However, Ayra’s mother Radhika Pandit is in the news for a good reason. Ayra is going to get a baby brother! Radhika Pandit is pregnant for the second time. Radhika Pandit posted a photo of her dressed as a Greek Goddess in her second baby shower photoshoot. Radhika looked drop dead gorgeous in her yellow attire. However, her fans were curious to see more pictures of her with the baby bump.

Radhika Pandit has a massive following on Instagram. Her 1 million followers were excited about her baby shower and the pictures of her surprise baby shower were trending on social media.

However, Radhika Pandit is recently trending on social media after her family portrait picture with Yash and Baby Ayra became a viral sensation. Fans were very happy to see Radhika Pandit flaunt her baby bump while holding cute baby Ayra along with Yash in the picture.

Radhika was glowing in her red gown and Yash looked super hot in his pale blue suit.

The caption of the post read, “Our family has been extended by two feet in blue ? Thank you all for your love and wishes! ?”. Radhika indirectly revealed that she is having a baby boy.