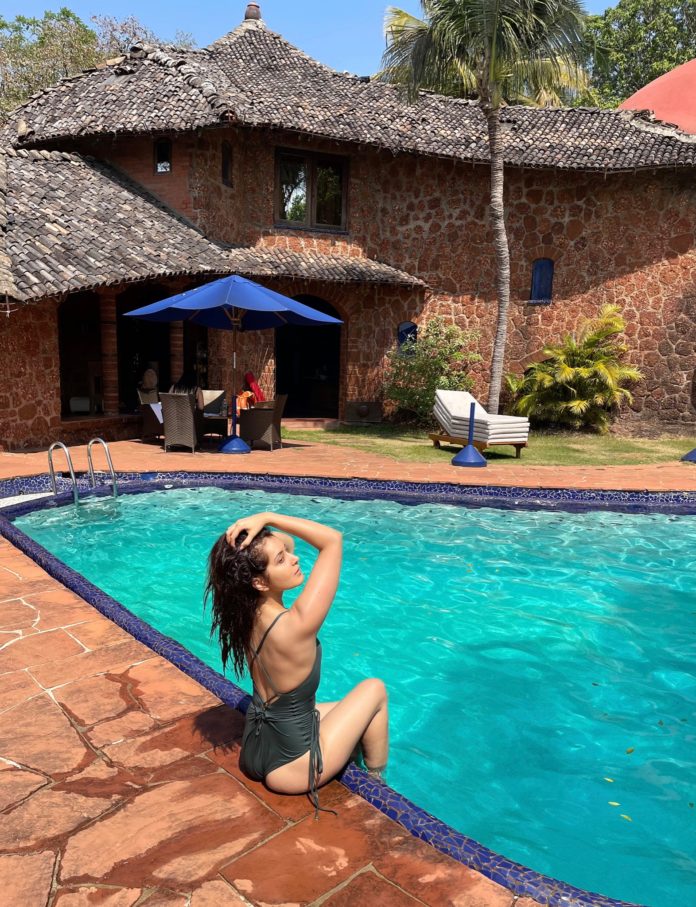 Raashi Khanna has shocked her fans with a series of Bikini photos from her Goa vacation. These photos are shared by Raashi Khanna on her Instagram page and they are currently going viral on social media.

Not only in Telugu, Tamil and Malayalam, now Raashi is also busy in Hindi. Already signed to Dotted Lines for a web series directed by Raj & DK. This beauty, who looked very plump while making her first movie in Telugu, later molded herself and achieved this physique. Raashi worked on her fitness to achieve such a stunnning body.

Raashi Khanna’s fans are appreciating her efforts and her latest bikini photos on Instagram have crossed more than 100,000 likes with thousands of comments.

Here are the photos:

It's break time! The gorgeous #RaashiKhanna soaks some sunshine by the pool in Goa between shooting schedules @RaashiKhanna pic.twitter.com/AIZ4bAXO6y