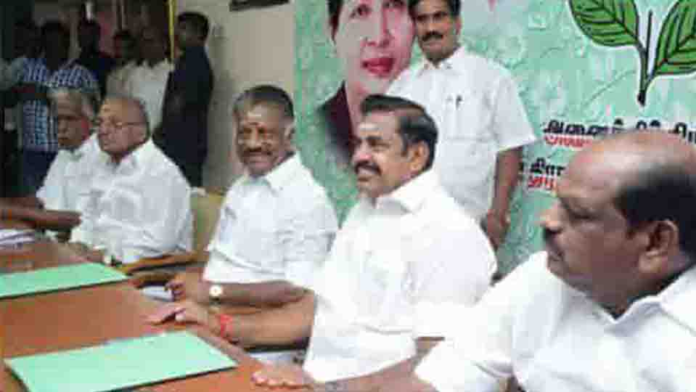 Pugazhenthi has been appointed as the spokesperson of the AIADMK. Pugalenthi was known as the most important figure in the formation of the AMMK. At that time, he spoke out against the government of the AIADMK government on several occasions. Known as the right-hand man of TTV Dinakaran, he at one point became very dissatisfied. Due to his disagreement with Dinakaran, he was united with his supporters from the AMMK to the AIADMK.


He has been appointed as the spokesman for the AIADMK today. The official announcement was made by the party’s coordinator and deputy chief minister O. Pannirselvam, Co-Coordinator and Chief Minister Edappadi Palanisamy jointly announced.

In their statement, come as All India Anna Dravida Munnetra Kazhagam spokesman. Pugalenthi is appointed today. After joining AIADMK again the party expects him to be of his full service.