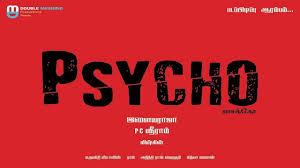 Psycho is an upcoming Tamil movie written and directed by Mysskin. The film stars Udhayanidhi Stalin in the lead role along with Aditi Rao Hydari and Nithya Menon. Said to be a psychological thriller, Ilaiyaraja has signed on to compose the music for this movie. Cinematographer P. C. Sreeram will handle the DOP work and the editing is done by Anthony for this movie. Check out below for Psycho Tamil Movie (2019) Cast, Songs, Teaser, Trailer, First Look, Release Date, Review and more.

The trailer of the movie was released by Ace director Mani Ratnam on 25th October. Seems to be very raw and intense, Mysskin have create a huge hype to watch the movie.