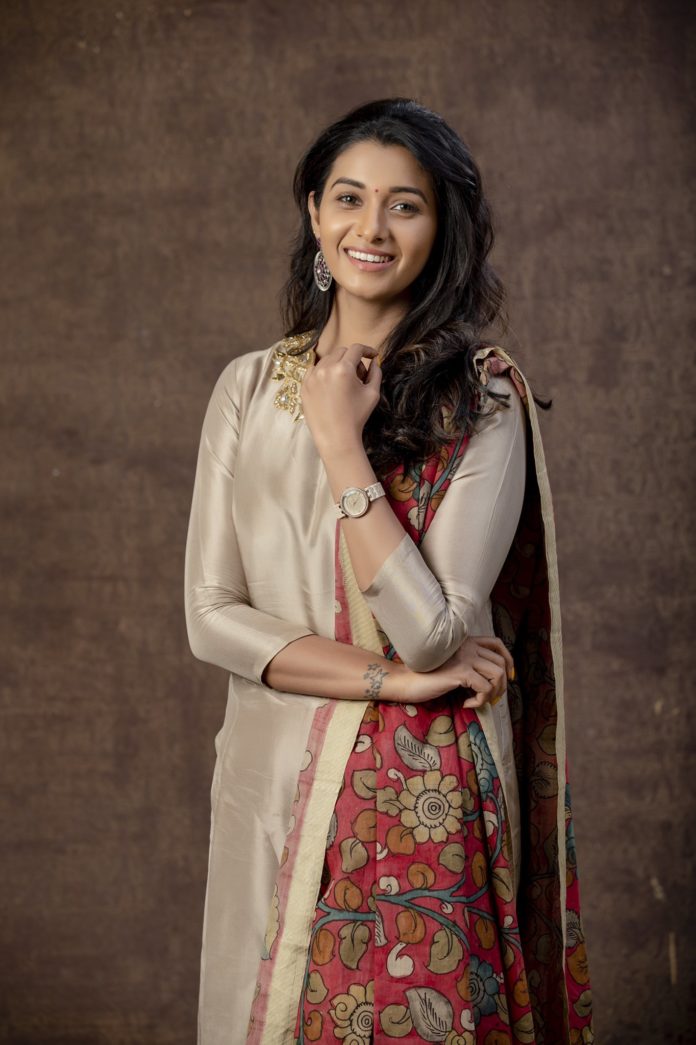 Actress Priya Bhavani Shankar has come to act in movies from the small screen and is currently making a name for herself in the Tamil film industry. Priya Bhavani Shankar made her film debut in Karthik Subbaraj’s ‘Meyaadha Maan’ and acted in a few films, including ‘Mafia’ and ‘Kadaikkutti Singam,’ is currently starring in a few films, including Kamal Haasan’s ‘Indian 2’.

At this point, a rumor spread that Priya Bhavani Shankar had fallen in love with her college mate and longtime friend Rajavel and then later it was said that they two broke up. Priya Bhavani Shankar also caused a stir by posting a post on her Instagram account a few months ago about her clash with her boyfriend.

Shortly after this, Priya Bhavani Shankar posted a beautiful photo taken by a famous photographer on her Twitter account, saying, “Prospective grooms are welcome.” Fans are questioning if the photo is taken for her marriage or is an act or a promotion for her new movie.