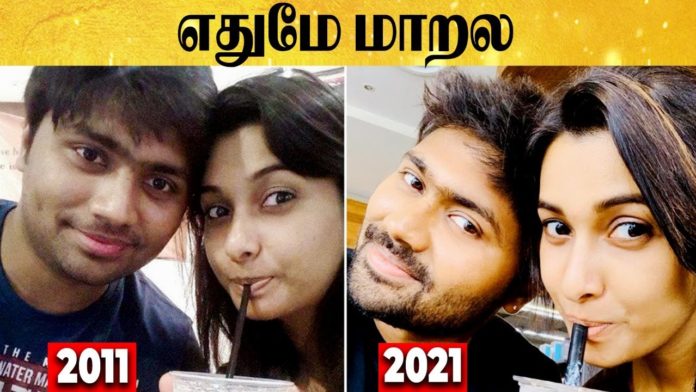 Actress Priya Bhavani Shankar has been in love with her boyfriend, Rajvel Raj, for ten years. It is noteworthy that Priya Bhavani Shankar, who made her debut as a heroine in the Tamil film ‘Kadai Kutty Singam,’ later acted in films including ‘Monster’ and ‘Mafia’ and is currently one of the leading actresses as she has 4 films in her possession.


It includes a photo taken by the two together ten years ago and a photo taken now. In the photo, she said happy birthday. She captioned, ‘If there is one person who can take care of me like my father, it is you. Life has changed completely in these 10 years. But the love between the two of us didn’t change. Happy Birthday to you.’