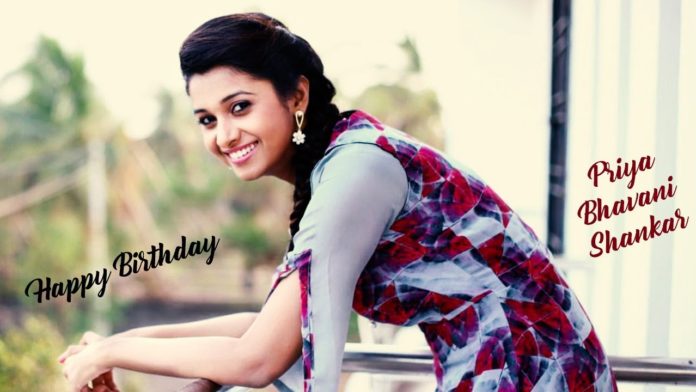 Priya Bhavani Shankar, one of the upcoming stars in the Tamil film industry, has acted in a few films, including Kamal Haasan’s ‘Indian 2’. It is also worth mentioning that she is also set to star in Simbu’s ‘Pathu Thala’ recently.

It has been reported that she will be part of Raghava Lawrence’s next movie, ‘Rudran.’ It was recently officially announced that the movie ‘Rudran’ would be produced by Five Star Kathiresan and starring Raghava Lawrence.

Priya Bhavani Shankar is the heroine of this film, which is being composed by GV Prakash. The film is therefore considered the gift she got on her birthday.

It is said that the shooting of this film will take place soon after the completion of Pongal and the information about the director of this film has been kept in suspense, and everyone will be surprised when the announcement comes out. The film is also expected to be a super hit like the Kanchana series as Kathiresan’s next film ‘Rudran’ is highly anticipated.