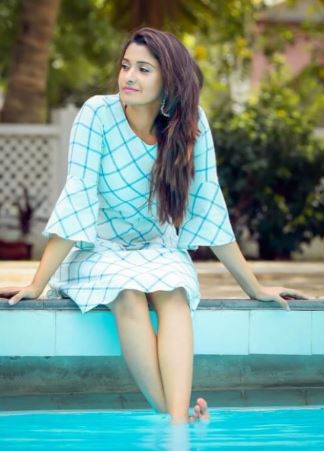 Priya Bhavani Shankar is an Indian television presenter and film actress. She is known for her roles in Meyaadha Maan (2017) and Kadaikutty Singam (2018).