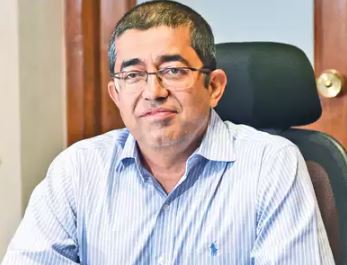 Praveen Pardesi is a 1985 batch IAS officer of Maharashtra cadre. He is known as an upright, honest and service oriented officer. Currently, he is the Additional Chief Secretary in the Urban Development Ministry of Maharashtra.

Praveen was recently removed from the post of Commissioner of BMC. The Government of Maharashtra has taken this decision owing to ever increasing cases of COVID – 19 in the state. However, analysts say that Praveen had done spectacular work in containing the infection chain in the maximum city.

Before becoming the Commissioner of BMC, Mr. Pardesi was the Additional Chief Secretary during the previous Devendra Fadnavis regime. In fact, his service has been used by all Chief Ministers, irrespective to the political spectrum they belong to.
The success of Devendra Fadnavis belongs to Praveen Pardesi. He was the right hand man of the former Chief Minister. He was started to be termed as the Super Bureaucrat during Fadnavis regime. To his credit, he was never accused of doing anything against the ethos of Civil Services Conduct Rules.