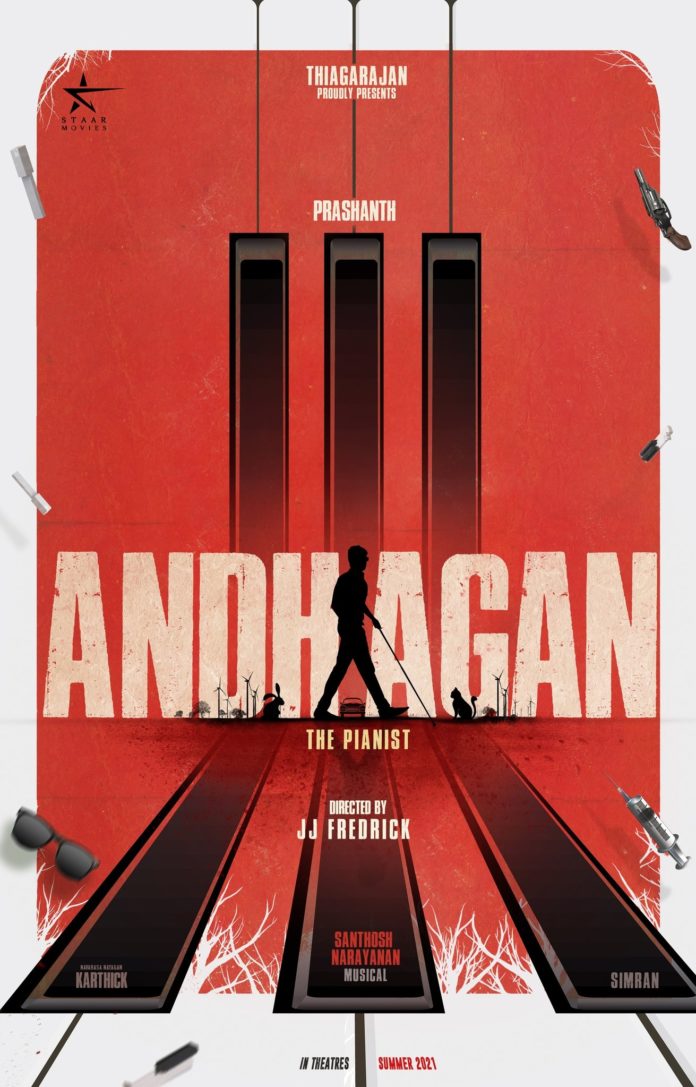 After the musical video treats from the Andhadhun remake team on Christmas with Prashanth playing music now, it has been officially announced that this movie has been titled ‘Andhagan,’ meaning blind. Andhagan has music by Santhosh Narayanan, and it will be released in Summer 2021.