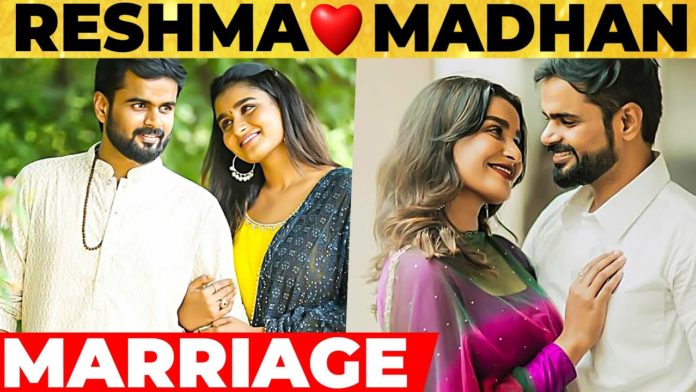 From time to time, we see couples starring in tv serials becoming couples in real life. It is known that Karthik and Alia Mansa, who recently starred in the series ‘Raja Rani,’ fell in love and got married.


In that sense, there is currently one more serial couple to become a real couple. Zee Tamil TV’s popular series ‘Poove Poochudava’ is being aired. It has been reported that Reshma, who is playing the lead role in the serial, is in love with Madhan Vijay, who is playing an important role in the same serial, and the two are getting married soon.


Actress Reshma became famous through the show ‘Dance Couple Dance’ and has acted in a few serials, including ‘Poove Poochudava.’ She has fallen in love with Madan Vijay, who is starring in the same serial. It is noteworthy that they posted this on their social media at the New Year and mentioned that they would get married soon. Following this, the fans have been congratulating Reshma and Madanvijay.