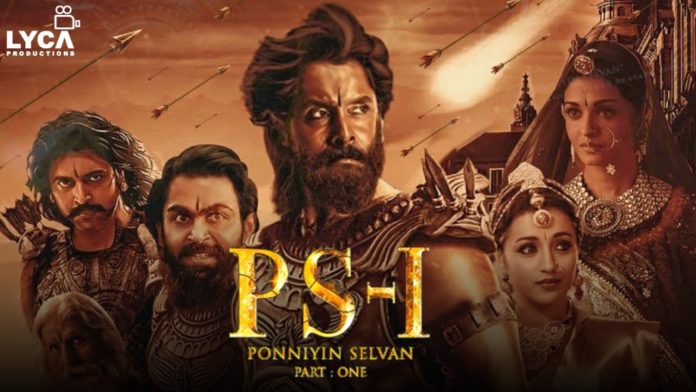 The novel “Ponniyin Selvan” tells the history of the Chola dynasty written by the famous writer Kalki. Written with a bit of fantasy in mind, this story has been a dream come true for many since the beginning of MGR. In this situation, director Mani Ratnam is directing this story as his dream movie.

The story, which is being co-produced by Lyca and Madras Talkies, is co-starring several leading actors. Thus, the anticipation for the movie “Ponniyin Selvan” has started to increase among the fans. Which actors in that genre, what role do they play? Also, does that character fit them?

Thus everyone in the movie “Ponniyin Selvan” is together. What their character is is currently being analyzed. According to the story, Sundara Cholan’s children Aditya Karikalan, Kundavi, and Arulmozhi Varman are the main characters. The character of Vandiyathevan is also considered important in this story.

Actor Sarathkumar will play the role of Sundara Cholan in the movie “Ponniyin Selvan,” directed by Mani Ratnam. According to the historical story, after the Chola king Paranthaga Chola, his eldest son Kandaraditya got the royal title for his brother Arinjayan as he had no heirs. King Arinjayan dies a year later, and his son Sundara Cholan is crowned. Meanwhile, the old Kandaratidhar marries Sembian Madhavi. He also has an heir named Chandan Amuthan.

2. Actor Chiyaan Vikram plays Aditya Karikalan. In that sense, the next heir to the Chola dynasty, the Crown Prince, entered the battlefield at 12, beating the enemy’s maneuvers with fearless force strength. His character acts as a pillar of the whole story as he is furious, and his childhood love for Nandini is a maneuver for him for the throne.

3. Actor Jayam Ravi will play the lead role of “Arulmozhivarman” in this story. Arulmozhi Varman’s nickname is “Ponniyin Selvan.” His character understands the intrigues of the Chola dynasty and how to deal with it with the help of friends.

At the age of 19, he invades Eelam and seeks justice for the death of little Vellar, who was in his army. He led many wars in Eelam and brought the entire land under the control of the Chola Empire. It is in this condition that the message comes from Kanchi.

Will the dream of Karikalan, who thinks that Arulmozhi Varman can be made king according to that law, come true? Will he save his brother from royal intrigue? This is the biggest challenge for the character of Arul Varman. The Chinna Velar daughter “Vanathi” falls in love with this character, who becomes Ponniyin Selvan.

At the same time, Ponniyin Selvan falls in love with the flower girl who saved him from the Ponni river at a young age. But more than this, it is Arulmozhi Varman’s friendship with Vandiyathevan gives him great attraction in this story.

4. Actress Trisha Krishnan is going to play the role of Kundavi in ​​this film. She is the daughter of Sundara Cholan and the sister of both Karikalan and Arulmozhi Varman. She also falls in love with Vandiyathevan, who is involved in royal affairs and shows her boundless affection in this story. The story of Ponniyin Selvan can also be seen as an ego problem between the royal dynasty Kundavi and Nandini, who want to seize the state. To that extent, Kundavi also features prominently in this story.

5. Nandini Devi is a character who weaves the whole story of Ponniyin Selvan’s movie. Her character is unmatched by any other beauty. Actress Aishwarya Rai is all set to play such a big role. Nandini fell in love with Karikalan at an early age and later married Veerapandian. Aditya Karikalan hides in the Kadampur mansion when he is invaded to control the atrocities committed by Veerapandian. Nandini, who was there, begs Aditya Karikalan not to kill Veerapandian, but it goes in vain. The act of revenge for this murder turns into the story of “Ponniyin Selvan.”

Then Nandini marries the Periya Pazhuvetariyar in the Tanjore cabinet, and then all the stories move in the web of intrigue. Nandini’s character, in that sense, takes an important place in this film.

6. Actor Karthi plays the role of Vallavarayan Vandiyathhevan. This is the most charming character in Ponni’s rich novel. Vandiyadhevan’s character is fascinating not only for humor but also for his prudent, prudent decision-making, understanding of the intrigues of others, helping princes, being the grammar of friendship, and politely knocking down those who fall in love with him. Actor Karthi will also be seen in the role.

7. Actor Parthiban plays the role of the Periya Pazhuvetariyar. He is the general of Chola, and he marries Nandini and falls in love with her. Nandini starts using him to plot against the government.

8. Actor Rahman plays the role of the Chinna Pazhuvetariyar. He is a commander of the Chola dynasty and understands Nandini’s web of intrigue perfectly. Thus the brother continues to warn the great reaper. He is also the main character who confronts the opposition to the Chola Empire with his intellectual ability.

9. Actress Aishwarya Lakshmi is all set to play the role of Poonkuzhali, a strong woman born into the Padakoti family. The same flower that saved the young Arulmozhi Varman from the Ponni river will work very efficiently to save Arulmozhi Varman and Vandiyadevan trapped on the Sri Lankan coast.

10. Actor Prabhu will play the role of Anirudha Brahmarayar, the chief minister of the Chola Empire in this film. In the novel that Kalki has written, he has created this character with a bit of fiction and has written it without any interest. In that sense, the character of the actor Prabhu will be good food for the fans.

12. Actor Vikram Prabhu is said to be playing the role of Chendan Amuthan in this movie. Chendan Amuthan, who excels in education, discipline, and devotion, is portrayed in the film as a friend of Vandiyadeva and a lover of flowers.

13. Actor Ashwin Kakumanu is said to be playing the role of Kandanmaran in this film. Sambuvaraiyar Kula Chitrarasana will be featured in many twists in the story.

14. Actor Kishore is going to play the negative role of Thevaralan in this film. It is noteworthy that he is the main character who helps the Pandiyar dynasty maneuver the young queen Nandini.

15. Actor Lal will play the role of Ravidasan, who will play a negative role in this film. He will play the character killing Aditya Karikalan, who is helping Nandini Devi avenge the murder of Veerapandian.

16. Actress Baby Sara is starring in Nandini’s (Aishwarya Rai) childhood flashback scenes in the film. It is also noteworthy that Nandini fell in love with Aditya Karikalan as a child.

Apart from these, actress Aditi Rao and Riyaz Khan are said to be in the cast. But no official information has been released as to what role they are going to play.