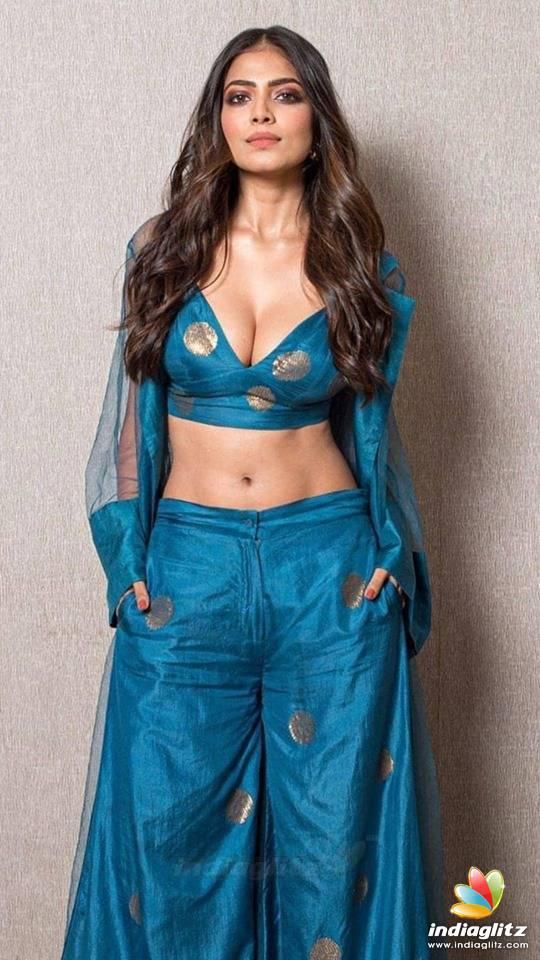 Malavika Mohanan played the lead role in Rajnikanth’s recent blockbuster, Petta. Malavika Mohanan has been in the news ever since for her scintillating looks and ravishing body. Recently, Malavika Mohanan set the Lakme Fashion Week 2019 stage on fire with her stunning looks.

Malavika showed off her sleek body and toned legs which left her 500K+ Instagram fans asking for more. However, further pictures of Malavika Mohanan’s ravishing neck open blue dress with see through legs is awaited.

Malavika’s fans love her desi pictures as well as bold pictures on her Instagram handle. Malavika manages to hold a balance between her two equally good looks.

Malavika Mohanan will be seen in Vijay Deverkonda’s much awaited next project, ‘Hero’ which is set to release on the 14th of November 2019.