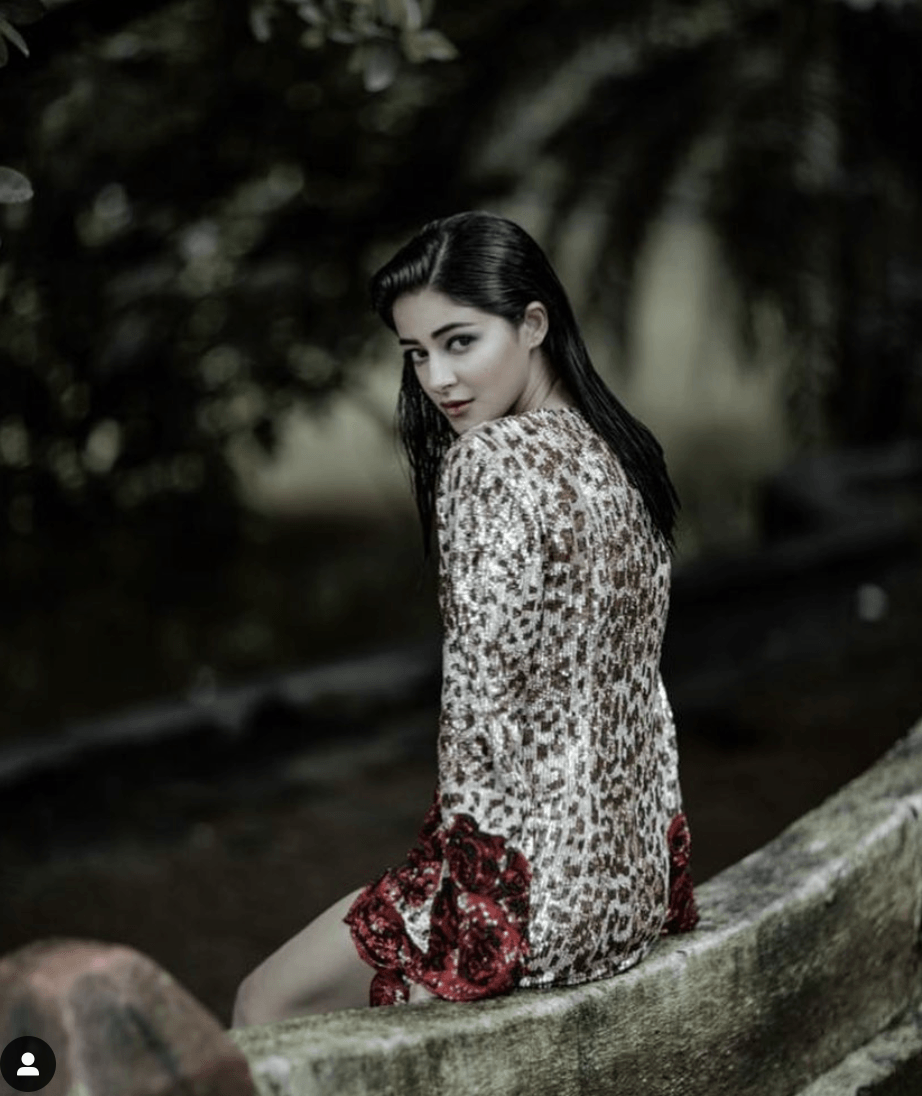 Bollywood sensation Ananya Pandey is in the news for her upcoming film ‘Pati Patni Aur Woh’. The stunning cutie of Bollywood posted her gorgeous pictures on Instagram which left her fans drooling. Ananya Pandey, daughter of Bollywood actor Chunky Pandey was seen wearing a fluffy pink frock and she showed off her cleavage with a deep neck. Ananya Pandey posted a series of pictures in the lovely pink dress. Her 4.4 million fans on Instagram had something to cheer about today.

The posts reveal that Ananya Pandey is a fan of the popular cartoon ‘Peppa Pig’. Ananya Pandey made a raunchy pose and termed it as the reaction of her mood due to the release of ‘Pati Patni Aur Woh’ trailer.

On the work front, Ananya Pandey debuted with “Student Of The Year 2” which did not take off as expected. However, she managed to create an impact with her terribly cute looks. Ananya Pandey will be seen opposite Sara Ali Khan’s beau, Karthik Aaryan and Bhumi Pednekar in ‘Pati Patni Aur Woh’. The film was in the shooting phase and is reported to have wrapped up.

‘Pati Patni Aur Woh’ is scheduled to release on the 6th of December 2019.