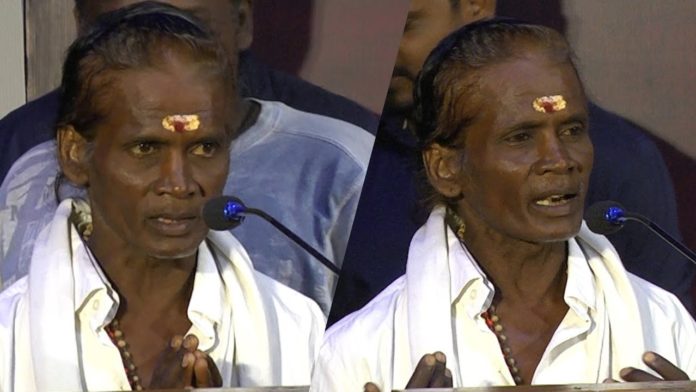 It is known that the movie ‘Pariyerum Perumal’ directed by Mari Selvaraj, was released in the year 2018, and it has received a lot of awards.

At this stage, Mari Selvaraj’s director is currently finishing directing Dhanush’s ‘Karnan’ and directing the next movie with Dhruv Vikram as a hero. While director Mariselvaraj is making progress in the film industry in subsequent films, folk artist and actor Thangaraj, who starred in his first film, ‘Pariyerum Perumal,’ is currently in a very miserable condition.

Folk artist Thangaraj played the role of Kadir’s father in ‘Pariyerum Perumal.’ He is currently living in Nellai, and his house was completely damaged due to the recent heavy rains. It has been reported that the District Collector of Nellai has offered to renovate his home as he is poor and brings only pulp as food. In this situation, will the film industry, including Mari Selvaraj, help the impoverished ‘Pariyerum Perumal’ actor Thangaraj? Let’s see, depending on that