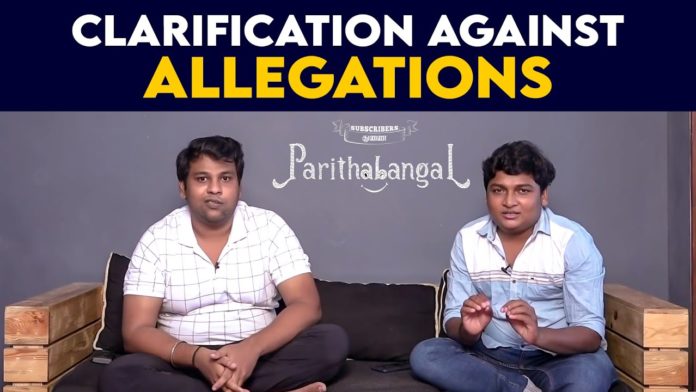 They planned to make a film in the crowd bunting mode with the people’s growing support for themselves. Fundraising for this was done through the processor. It is learned that Rs 6.5 crore has been raised for the YouTube channel. Following the film’s release, Luke released a poster for the upcoming film titled ‘Hey Money Come Today, Go Tomorrow.’

Meanwhile, various fraud complaints against the Fundmelon processor have been reported on the Google Internet. Is there any connection between Gopi and Sudhakar in this scam? Suspicion has arisen. Meanwhile, Jason Samuel, a YouTuber, posted a video on his Gopi Sudhakar Scam channel. Through that video, Jason describes frauds committed by a fundraiser. He said more than 800 people involved in the scam had started as telegram teams on their own, and they were trying to recover the lost money. When viewers commented on the scam, the deletion of those comments on behalf of the Parithabangal created great confusion.

Gopi and Sudhakar have released a video on the YouTube channel. In it, they say that a process called ‘Super Backer’ came to them for promotion and that we promoted them just like any other promotion. Otherwise, Fundmelon and we have nothing in common. They also said that the film’s production was delayed due to the coronavirus outbreak and that the film would be launched soon and the teaser would be released soon. They also said that there was no connection between this delay and the fraud of the particular processor.