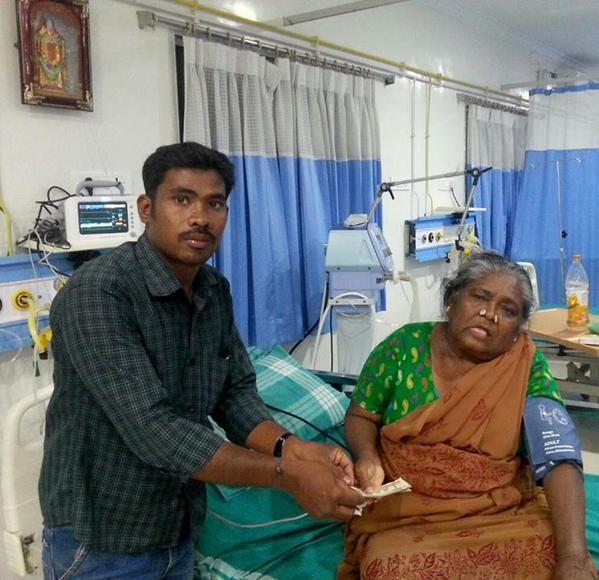 Popular folk singer in the Kollywood film industry, Paravai Muniyamma is known for her famous folk songs in popular movies.

Paravai Muniyamma became a sensation overnight with her superhit song, ‘Singam Poleh’ song for Vikram in the Tamil movie, ‘Dhool’.

Later, Paravai Muniamma made an impact with her acting in ‘Kadhal Sadugudu’ as comedian Vikram’s grandmother.

The veteran from Tamil cinema got hospitalized and is already struggling to make a living anymore. She was helped by Ex-CM of Tamilnadu , Jayalalitha with an amount of INR 6 Lakhs from MGR Welfare Fund.

Paravai Muniyamma has a dependant mentally-challenged child who received a meager INR 6000 per month.

Rumors about Paravai Muniyamma’s death is making the rounds on social media though her condition remained critical. However, she is now discharged from the hospital and is recovering at the moment.