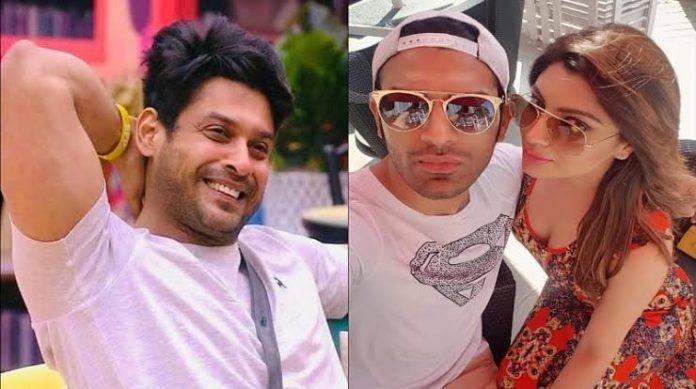 Paras Chhabra in the house of Bigg Boss 13 while talking to Arhaan Khan has revealed that he has tattooed the name of girlfriend Akanksha Puri on his arm due to hes pressure. Everyone was surprised after Paras’s statement. Actually, Paras Chhabra may be playing the game with the image of a playboy. But his girlfriend Akansha Puri from outside the house has been continuously supporting him. In yesterday’s episode, Paras Chhabra talked about his tattoo while talking to Arhaan Khan, who re-entered the house. In such a situation, Paras made it clear that he got these tattoos made due to the stubbornness of Akanksha. But he is not so serious about it. Knowing this, Arhaan was shocked.


So at the same time, his girlfriend Akanksha Puri, who is outside the house after hearing Paras’s words, is also very surprised. Talking to Spotboys, Akansha Puri reacted to Paras’s statement and said that I am not in the right mental state to talk about this matter. I will wait for Paras to come out.

Actually, in an episode of Bigg Boss’s Weekend Ka Vaar, Akanksha Puri reached out to support Paras. Where she talked about her and Paras’s game plan in front of Salman Khan and had supported him openly. Salman then warned Akanksha that Paras was really flirting with girls in the house, not under any game plan. During that time too, the aspiration became nervous. After which now this statement of Paras is undoubtedly enough to shake her confidence.