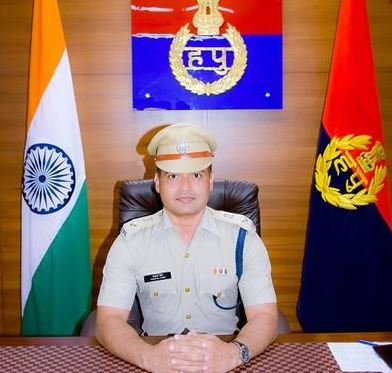 Pankaj Nain is the Superintendent of Police (SP), Karnal Haryana. He is based in Karnal and is responsible for all traffic operations under the jurisdiction of Karnal. He solved many untraced cases and helped in considerable crime reduction.

Before joining IPS, he has worked in Maruti Udyog Limited from 2001 to 2003 as Assistant Manager in R&D Department. He also remained in Haryana Civil Services (HCS) from 2004 to 2007.
He joined as an IPS officer, Haryana Cadre on 10 Dec 2007. He remained Superintendent of Police in many districts in Haryana viz Hisar, Panipat, Mewat, Bhiwani, Rewari, Karnal, Rohtak and Jind. He also worked as SP Telecom, SP Commando, AIG Administration and SP CM Security Haryana..