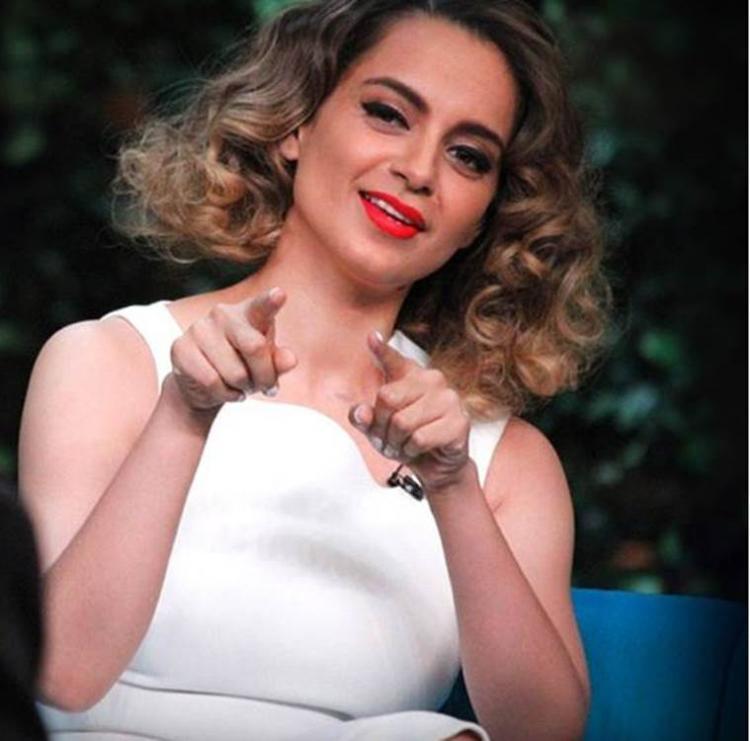 Bollywood actress Kangana Ranaut, known for her outspoken statements and speaking her heart without hesitation, recently revealed that she is now fully ready to marry her boyfriend.


Once she is determined to do so, she is not afraid of anyone because she does not like anyone’s restrictions. Yes, it is the mood of Kangana Ranaut, queen of some mountains. When the Queen of Bollywood Kangana Ranaut comes on her own, she does not let the good ones miss her target, that’s why she rules the heart of Bollywood today. As we all know that Kangana Ranaut is busy in preparations for the late leader Jayalalithaa’s biopic Thalaivi. On the other hand, her film Panga is also ready for its release. In such a situation, a news is spreading about the Controversial Queen that she is now fully ready to marry her lover this year.

A perfect actress, impeccable style, no less in beauty and praise for the style of fashion, one of Bollywood’s beautiful actresses, who would be heartened by anyone. Yes, here we are talking about Kangana Ranaut who is known for her outspoken statements and outspokenness on different topics. Recently, while talking to a leading website, the queen was asked whether she is ready to marry her alleged lover this year i.e. 2020. In such a situation, he said yes, you heard it right! Kangana, who is currently promoting her upcoming film Panga with great vigor, recently gave information about her upcoming husband and also told that her opinion about love and marriage is Panga director Ashwini Iyer Tiwari and her husband Nitesh completely changed after meeting Tiwari.

In an interview with Deccan Chronicles, Kangana revealed that of course I have always said that it is difficult to find a person who is exactly at your level. Ashwini Iyer Tiwari wants to see me getting married as soon as possible. Kangana said that it is difficult to find an equal partner for marriage, although she is deeply influenced by Ashwini and her husband filmmaker Nitesh Tiwari’s relationship. Kangana further said that she is looking for a person who is more intelligent and talented than them. Now that Kangana knows her choice, it remains to be seen when and where she gets her Mr. Right.

Not only this, Kangana said while continuing her talk, as an artist I feel that it is very important to move forward with a desire within myself. A desire that makes you active towards life. I do not remember my life the day I have lived without love. I have had very bad experiences about love, but I moved on very quickly.

In a conversation with Hindustan Times recently, Kangana had told about her first kiss. He had said in his talk that, I could not kiss him, so I practiced kissing on the palm. My first kiss was not magical at all, it was very messy. My mouth was frozen. I could not move. The boy told me to shake my mouth, right.

Things worsened when Kangana’s lawyer presented several proofs to protect her. Kangana and Hrithik’s fight has been 4 years but the matter has not been resolved yet. Sometimes Kangana’s sister Rangoli lashes out at Hrithik on Twitter, and sometimes publicly presents all the evidence of Kangana. If you do so, what should we do?

Let us tell you that Kangana Ranaut will be seen in the role of a retired kabaddi player in ‘Panga’ who works hard day and night for his return to the team. The film is scheduled to release on January 24. At the same time, its clash at the box office will be from Varun Dhawan-Shraddha Kapoor’s ‘Street Dancer 3D’. How did you like our story, do not forget to comment by telling us, if you have any advice for us, do give it.