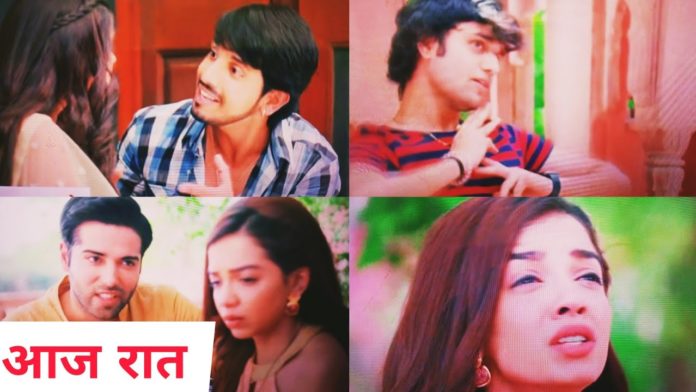 In Star Plus’s Pandya Store aired on 12th May 2021, we will see that Dhara is sitting in the temple explaining to Ravi (Ravi) that “Ravi no one should do wrong with you or Lord Shiva but ever with you Won’t let me go wrong, I have full faith in him.” Dhara explains to Ravi that maybe you get your happiness by following these difficult paths; both are talking that only when the temple bells start ringing on their own, both Dhara and Ravi look towards God as Lord Shiva Has given them some hint. Then Ravi goes to his room from there.

On the other hand, seeing Dhara alone, Gautam comes there and says to him, “At least here, pay attention to your husband,” but he is shocked to see Dhara’s tears. When he asks her why crying, Dhara says that “the more she is trying to handle, the more things are getting worse,” then she tells about the quarrel between her and Rishita.

Gautam gave understanding to Rishita
Gautam explains it and asks him to call Rishita. Dhara brings Rishita, Gautam lovingly explains to Rishita about the family and her importance. Rishita tells Dhara that you must have told Gautam Bhaiya about it. But Gautam says, “This is my family; I have to take care of every member of this; no, I have to understand to know their things.”

The truth of Krish will come in front of Ravi
On the other hand, Ravi cries after remembering old things in his room that Ravi, who always laughs, is craving happiness today when Shiva comes there. He tries to talk to her, but then Krish comes and takes her with him. Shiva shows Krishna the video to scare Rishita so that she does a good act of Bhootni.

In yesterday’s episode, you will see that Ravi tells Shiva that Krrish was looking at women’s clothes and accessories, but Shiva will tell him the lie that Krish likes to dress like girls. Now it will be interesting to see what effect all these dramas will have on the family.