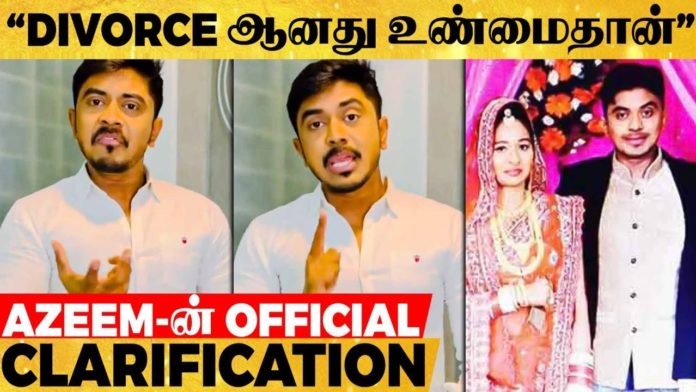 The actor Mohammed Azeem who starred in the ‘Pagal Nilavu’ serial co-starring Bigg Boss Shivani, has divorced his wife through mutual consent, and this news has caused a stir on social media among his fans.

The hugely acclaimed serial ‘Pagal Nilavu’ by TV fans. It is learned that the series starring Mohammed Azeem and Shivani was very well received, and Shivani later participated in the Big Boss season 4. 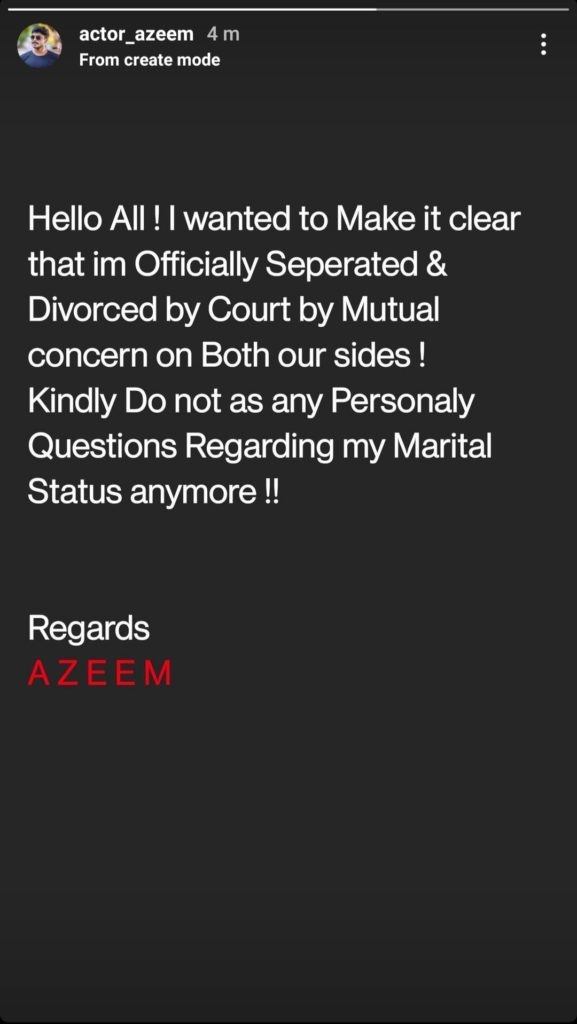 When he said this, ‘I want to say one thing to everyone. We are legally separated. This divorce has been obtained by mutual consent. I do not want to talk about this further. ‘This post is currently going viral on social media.