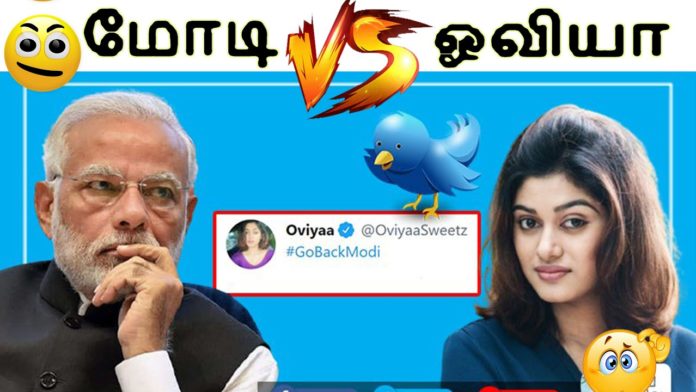 It is not uncommon for actor-actresses to suddenly campaign for political parties during election times. The news that actress Oviya will campaign in support of DMK in the upcoming elections has caused a great stir.

A rumor is spreading fast that the IPAC, which has been advising the DMK on elections, has contracted Oviya to campaign for DMK and that Rs one crore will be given to Oviya to campaign in support of the DMK. In a preview of this, Oviya posted the hashtag #GobackModi on her Twitter account during Prime Minister Modi’s recent visit to Chennai, which Oviya also tweeted on the advice of IPAC.

The BJP has protested against Oviya’s tweet, as expected by the IPAC company, and it is said that the BJP’s opposition was their most significant victory. But since no official information has been released about this, will Oviya campaign in support of DMK? Let’s see what unravels next on this issue.