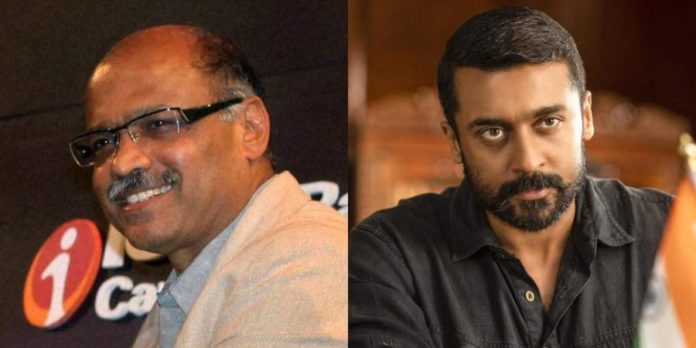 Captain GR Gopinath is the founder of Air Deccan who revolutionised the aviation industry. Director Sudha Kongara Prasad got inspired by him and decided to make Soorarai Pottru and brought Suriya on board. Gopinath recently watched Soorarai Pottru on Amazon Prime Video and reviewed the film.

In a series of tweets, GR Gopinath called the film heavily dramatised but outstandingly captured the essence of his journey. He wrote, “orarai potru ..Heavily fictionalised but outstanding in capturing the true essence of the story of my book. A real roller coaster. Yes watched it last night. Couldn’t help laughing and crying on many family scenes that brought memories.

He added, “Dramatised but true to the undying spirit of triumph of hope against struggles and tribulations of an entrepreneur with disadvantaged rural background over overwhelming odds.

Gopinath appreciated how the character of his wife was portrayed by Aparna Balamurali. “The portrayal of my wife Bhargavi by Aparna was very well etched out, of a woman who had her own mind, strong but soft, feisty and fearless and an inspiration to rural women especially who are equal and can be entrepreneurs in their own right,” he wrote. ”

Gopinath appreciated Suriya and Sudha for making Soorarai Pottru. He posted, “And Suriya was powerful and carried off the part of an entrepreneur obsessed to the point of madness that makes dreams come true. A timely and great uplifting story in these times of gloom. And kudos and big salute to Director Sudha, to have balanced very deftly a male centric story lead by Suriya by portraying a wife acted by Aparna who was a powerful counter balance in an inspiring and heartwarming way.”