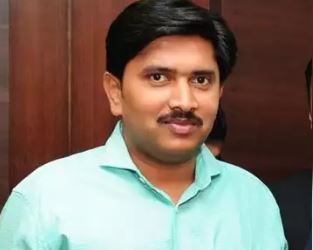 NR Santhosh is an Indian politician and social worker. He belongs to BJP. He is also the grandnephew of CM Yeddyurappa. He is credited to have played a major role in reinstating BJP Government in the state by engineering fractions in Congress and JDS.

Santosh has always been known as a trusted lieutenant of Yeddiurappa. He has worked as the personal assistant for the CM for long. Only recently, he has been appointed as the political secretary of the CM, making him quite powerful in the state BJP organization.