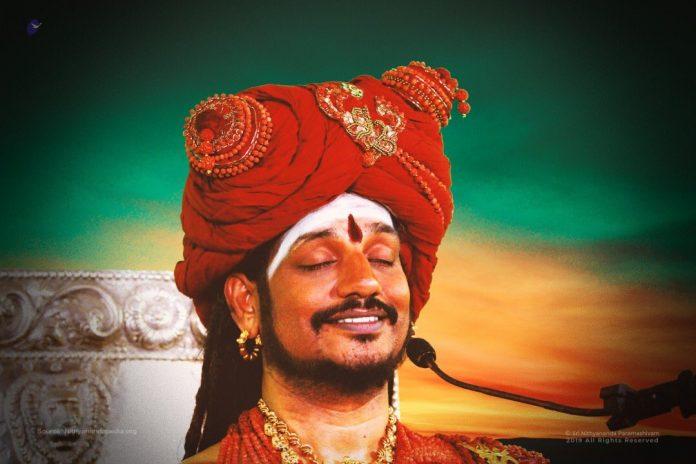 Nithyananda the self made guru is again on limelight with various allegations from his close associates who left him as well as about his new Island nation “Kailasa”. Nithyananda had left India sometime ago and secretly reached an island in Caribbean which was allegedly bought by him and named it as “Kailasa”. There is even an official website for the island nation. Infact he has released a video recently where he is seen talking about owning an island from a humble beginning of Rupees 1.50.


He stated in this video that Kailasa was formed because he was denied passport renewal even though court has ordered to renew his passport. So he went and pleaded to Goddess Meenakshi in Madurai and she was the one who made it happen for him. Nithyananda further states that it all started with him that he was healing people for just Rs. 1.50 by travelling on cycle as pillion rider from the foothill of Thirvuannamalai to nearby hospitals. Then he blessed a couple who came with pineapple and other fruits for a child and this was sensationalised by some magazines which lead to him fleeing Thiruvannamalai and reaching Bangalore. There he was healing for just Rs. 150 weekly along with food but again they made him flee that place and he prayed to Goddess to Meenakshi who blessed him with Ashram. In this video he was seen mocking the media and people who spoke and stood against him. Showing hoe has achieved everything with God’s blessing against all odds. Check out the complete video here