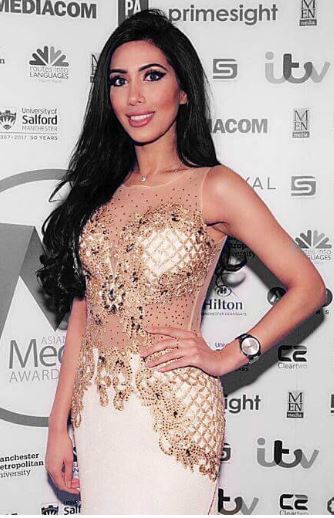 Nisha Aaliya is a British Actress based in London. Dutch born, she is from Indian and Burmese decent. Aaliya has worked in the Hindi Film Industry along with UK Theatre productions; Independent British short Films and worldwide television commercials. She recently appeared opposite Irrfan Khan in the new Syska Ad and has a Lead role opposite Raqesh Bapat in ‘Forever’, a Feature directed by Vinay Ram Tiwari. She has a line up of Bollywood films set to release

Nisha Aaliya has performed at multiple iconic venues in London. A versatile dancer, who is trained in Indian traditional dance forms, hip hop, street and Afro styles. She was also part of multiple dance cover videos and albums. The latest Movie of Nisha Aaliya is Shakuntala Devi Movie to be streamed on Amazon Prime soon.