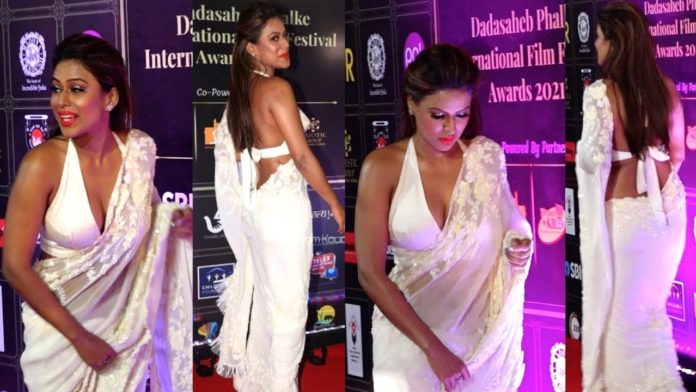 Actress Nia Sharma remains in the news due to her bold and glamorous pictures. He is one of the popular actresses on TV. She is very active on social media, and the list of her fans is also long. Now a video of her is going viral on social media, in which she looks very bold and stylish. Nia Sharma’s style is worth watching. Fans are pouring love on this video.

Nia Sharma is seen in a white transparent sari in this video. She is wearing a stylish blouse. Naagin actress looks beautiful in open hair. She has complimented her look with red lipstick and glitter eyeshadow. Small earrings are making her look more beautiful. People are commenting fiercely on this video.

Nia is always in the discussion due to her bold look and surprises people with her style. He entered the television world through the serial Kali. After this, Nia Sharma appeared in the serial ‘Ek Hazaarom Meer Bahna Hai,’ due to which she also gained immense popularity.