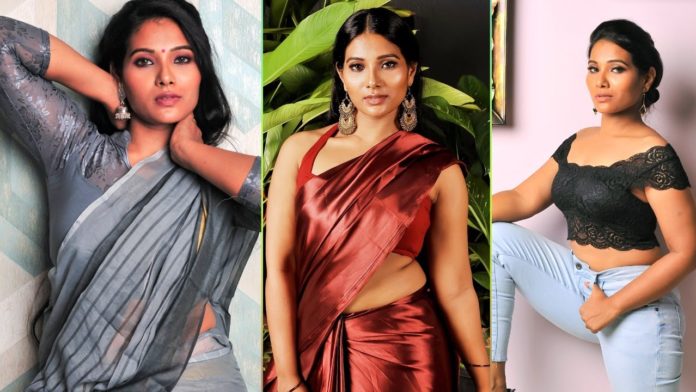 
Dhivya Duraisamy is now a newsreader on the Puthiya Thalamurai channel and hosts a movie show called ‘TentKottai.’ Currently, newsreader Dhivya Duraisamy continues to share her latest photos on social media. She has a huge fan base who loves her traditional and modern photos. Her latest glamorous photos have gone viral on social media. Her fans have commented that she will soon be cast as the heroine.