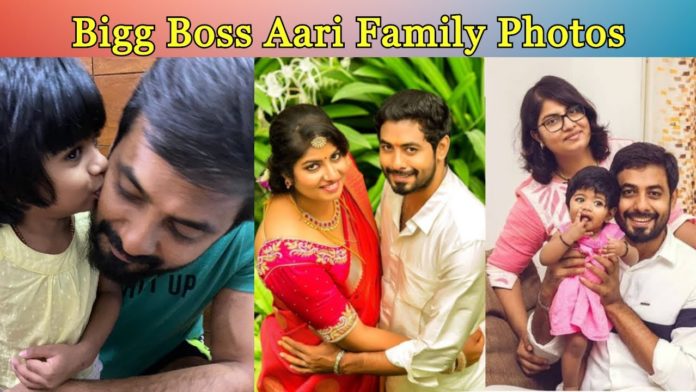 Aari’s daughter Riya and his wife Nadia were present at the Freeze Task inside Bigg Boss house. Aari shed tears of joy when he saw Riya giving the first entry. Following this, Bigg Boss called Riya and told her to pick up her mother, and Riya fetched Nadia. And then, when the two of them sat down and talked, Aari’s wife said she didn’t want to talk anything.

Aari’s wife told him that he is doing a good job inside the house, but at the same time, he seemed to be worried in certain instances, and this made her concerned about him. Aari replied that he came inside the house knowing things like this would happen and said that respect should be earned and not bought. Nadia then sat down with Balaji, Ramya, and Shivani and talked, told them they’re playing a good game.

Nadiya comforted Shivani that she is playing a good game, but she needs to give her best to go further. She also praised Ramya as an all-rounder. The fans who saw this said that like Aari, his wife, and his daughter also appreciates and encourages everyone, and they hailed them as a superfamily. Riya’s mischievous behavior, in particular, has attracted a lot of fans.