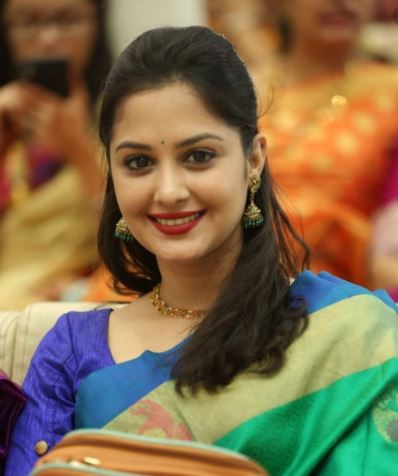 Neetha Ashok is an Indian actress who has worked predominantly in Kannada movie industry. Neetha’s previous film to hit the theatres was Rajeeva Alla Godse in the year 2007. She has recently been launched in a high profile Kannada film Phantom, starring Sudeep.

She has worked in many successful TV serials, including the horror serial Neelambari. Neetha has previously worked in few Kannada films in short roles, starting with Rajeeva Alla Godse (2007). However, Phantom will be her first film as a leading actress.