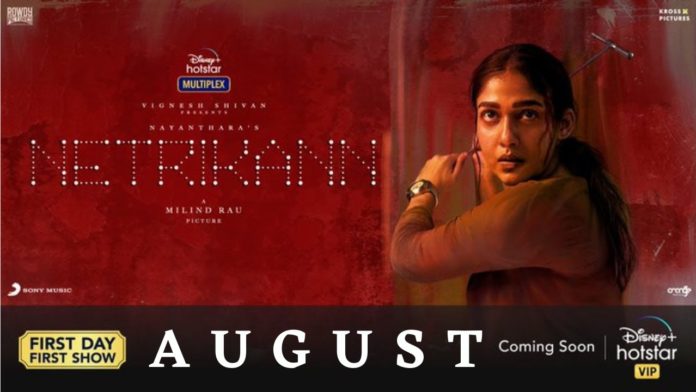 Nayanthara’s had several thriller movies released in Tamil that have performed well on Box Office . In that line, now again, a thriller movie is coming out soon. Yes, Nayanthara starrer directed by Milind Rao is Netrikann.

Netrikann is releasing on Hotstar OTT; the film is co-produced by director Vignesh Sivan and Nayanthara. Even recently, the trailer of the movie Netrikann has been released and has been well received among the fans. In this case, the film was sold to Disney+ Hotstar for a whopping sum of 18 crores.

The movie Mookkuthi Amman, which has already been released on Disney+ Hotstar OTT starring Nayanthara, was sold for Rs. 25 crores. Netrikann is releasing on 13th August 2021 in four regional languages.