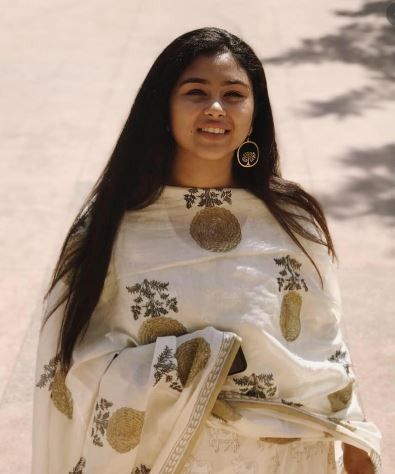 Naimisha Pradhan is an Indian classical dancer, budding advocate, social entrepreuner and public policy analyst. she is known for being the daughter of Dharmendra Pradhan, the Union Cabinet Minister.

Naimisha Pradhan has completed graduation (B. A. in Political Science) from Lady Sri Ram College, Delhi University. She has also worked as a Research Intern with the Niti Aayog in the department of Development Studies.